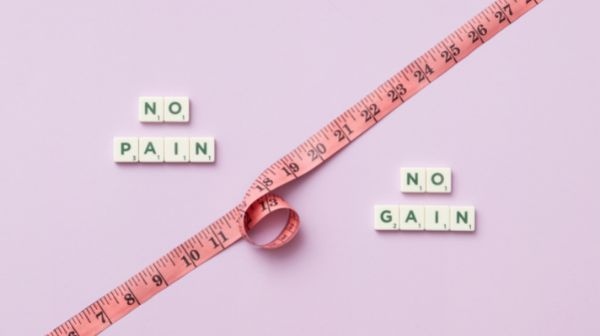 I recently read an article in the American Journal of Clinical Nutrition that brought the standard theory about weight gain under scrutiny.  This article was published just in September.

Simply stated it raised the question that there is a dogma around research on obesity and that most research looks at its results through this same lens.

This standard  theory is that all obesity is due to an energy imbalance.  More commonly thought of as too many calories in and too few calories being burned.  The excess in calories gets stored as fat.

As David Ludwig,  professor at Harvard Medical school states, “obesity is not an energy balance disorder, but a hormonal or constitutional disorder, a dysregulation of fat storage and metabolism, a disorder of fuel- partitioning”.

In other words people don’t gain weight just because they eat too many calories, but because the food they eat contributes to a hormonal imbalance resulting in accumulation of fat.

Research actually was being done as far back as in the 30s in Europe on this theory looking at how changes in hormonal signalling caused an increase in insulin and this then changed behaviours and changed how the body began to favour storing excess  fat.  In some of the earlier studies they saw that even when there was caloric deficit the body would still preferentially store fat.

Many people experience this – it was my personal experience 8 years ago when I put weight on and my body would not burn the excess despite the “caloric” deficit.

At the same time in the 30s there was also research being done  in North America, which was focused more on the energy imbalance theory, meaning more calories in than out results in fat accumulation.  So eat less and burn more will solve the problem.

Unfortunately with World War 2,  the research in Europe on the internal hormone dysregulation stalled and so the calorie/calorie out theory took over.  So most of the research since that time has been assessed from that perspective rather than looking to see if there is an underlying issue that causes the body to preferentially hang onto fat and to increase appetite.

When we look at weight gain with the idea that there is an imbalance hormonally that is increasing appetite and contributing to fat accumulation then the solution to losing weight is not as simple as eating less and exercising more.  Which makes sense because there are many people who try  to do this and cannot shed the weight or if they do lose weight they find they cannot keep it off.

The key hormone contributing to this imbalance is the hormone  insulin.  Insulin seems to stimulate the uptake of fat into fat cells, inhibits its release and inhibits fat being used as a source of energy in other non fat cells.  In fact as stated in the article “No tissue in the body is as sensitive to insulin’s action as fat tissue – it is exquisitely sensitive”.

When I was reading this article it reminded me of a book I read several years ago discussing the history of research and addressing the concerns on just looking at the idea that obesity is due to eating too much and not moving enough,  It was written by Gary Taubes, “Why we get fat” and in fact this most recent article I am referring to was also written by Gary and he is one of the main authors of the paper in the American Journal of Clinical Nutrition.

This is why methods used for weight loss that address this hormonal influence of insulin are so effective.  Certainly that was my personal experience 8 years ago when I was carrying extra weight and the Calorie in/Calorie out was not working at all.  Despite measuring my metabolism, and eating healthy food, low carb and making sure my caloric intake was 500 calories less per day, I was not losing any weight and when I did have the odd extra item my weight increased and inches increased.  The numbers just did NOT add up based on the calorie theory – I should have been losing weight.

This is when I discovered the world of intermittent fasting and saw how getting my body to use fat for fuel, in other words burn ketones, so insulin did not increase which resulted in  my weight and fat literally melting away.  I now see this all the time with my clients who felt their bodies were stuck, despite their best efforts in the past using the calorie in/out approach even when eating low carb.

Try not to be discouraged if you are trying to reduce calories and exercise more, it may be that your body just needs a different approach that will sort out the hormonal imbalance which is making your body hang onto it’s fat.

If you are interested in learning more about the approach I use to reduce insulin and activate your body’s ability to burn fat to see if it is right for you then book a 15 minute assessment call.