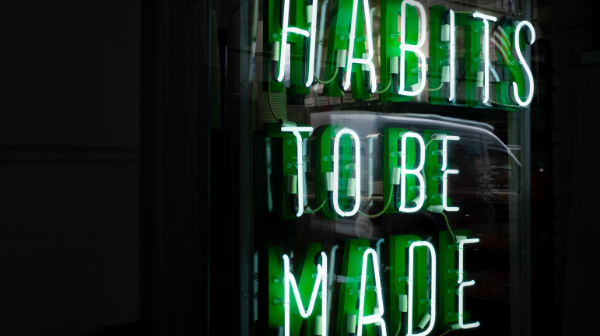 Today’s blog post is on the third key principle to achieving BODY FREEDOM. If you’ve missed my recent posts, I’ve been discussing how to go from feeling stuck in your body and experiencing weight loss fatigue, to the point of achieving BODY FREEDOM, where you feel happy, in control of your body, and empowered to make healthy choices.

BODY FREEDOM is when you are physically and mentally happy in your body; you’ve put behind you the days of having to worry about food and weight. You’re in control and keeping things in check, including occasional indulgences, following the 80/20 rule in which you follow healthy habits at least 80 percent of the time. You have put to rest the mental, emotional, and physical toll of a continuous weight loss journey, leading a life that is much more fulfilling. This is BODY FREEDOM. We have already discussed the first two principles. First is CREATING A PLAN to provide structure, direction, and clarity for your journey: The Five Principles of BODY FREEDOM. Second is figuring out your “WHY”, your reason for wanting to lose weight and lead a healthier life. This is where you assess your values and discover where your true motivation comes from, BODY FREEDOM: Finding Your Motivation.

The Third Principle: ROUTINES BECOME HABITS
The third principle of body freedom is developing routines into habits. This principle doesn’t sound very exciting, but it is necessary. As you are on a weight loss journey, you’re developing routines that must eventually become habits in order to be successful for maintenance and keeping the weight off. In my program, I have different phases on my intermittent fast program – losing, locking in, and maintenance – to help people navigate through this, because often people tend to reach their goal, and then stop the routines that got them there. Then, all the old cravings come back into play, and the weight comes back on. It’s important to recognize that, until something is completely ingrained in your psyche as a way of being, you must keep those routines going because that’s the only way the routine will become second nature.

How Do I Develop My ROUTINES into HABITS?
I like to use sports as an analogy: if you’ve been playing a certain sport for a while, such as tennis, and you want to learn a new way of serving the ball. At first it’s very awkward; usually, your game will deteriorate, and only gradually begins getting better. You’re improving over time, but it’s still taking a lot of mental effort, and you have to consciously work at it to make sure you don’t default to your old serving method. You do the new method over and over again, until eventually it will become an unconscious effort, and you don’t have to think about it anymore. You can trust your body, you know how to do it. Likewise, when you’re getting to the point of maintaining your weight, the only way it’s going to work is by creating routines and sticking with them until they become habits, so you don’t fall back into your old ways.

The Science of Habitual Behaviour
When you have a routine, where you keep doing the same thing over and over again, you’re actually physically changing your brain. Following a new routine uses the prefrontal cortex, the executive functioning part of the brain, which requires a certain amount of energy – glucose and oxygen – to function. Initially, you need to think about it, but if you keep doing it again and again, eventually the routine becomes ingrained. It will eventually be stored in the back of the brain, where following the routine requires less energy. You’ve developed this neural pathway, and it starts to become a habit. It’s much like driving a car. Initially, it takes a lot of mental effort, and all you can focus on is the car and the road. After lots of practice, now you can drink coffee, talk hands free, adjust the radio, all while driving. This is because the act of driving has become stored as a habit in the primitive part of the brain, where it requires less energy. So, following a routine over and over again develops these neural pathways, so it becomes a habit and a way of being. Again, with weight loss, it’s not just about hitting a number on the scale, it’s about truly being liberated from the whole experience of having to deal with weight loss again. This can only happen when you’ve developed your routines into habits, where they become second nature.

How Will Habits Impact My Weight Journey?
In your weight loss journey, it is essential to take the time to create the routines that will become habits. I have seen many clients that have lost weight, but are haphazard about maintaining the routines. These individuals often successfully lose the weight, but have a hard time keeping it off, whereas individuals who get into a groove, following routines and developing habits, find it much easier to stay on track. Initially they may resent the process, but once a behaviour becomes a habit, people often begin to enjoy it. Again, return back to your “why” – why do you want to be on this journey? These routines may seem boring, but if it’s ultimately fulfilling a purpose in your life, then it’s all very worth it.

It’s helpful to reflect back on what you’re doing now or what you’ve done in the past for weight loss:

Did you have a clear-cut plan?

Was your motivation really deep-seated and value driven?

Or was it a moment of fleeting excitement?

Are you developing and adhering to routines?

There are important routines when it comes to weight loss: planning and preparing your food, grocery lists and regular grocery shopping, tracking your food, weight, and measurements. These are feedback loops that start as routines and develop into habits that keep you focused on your journey. This will all help to ultimately lead you to BODY FREEDOM.