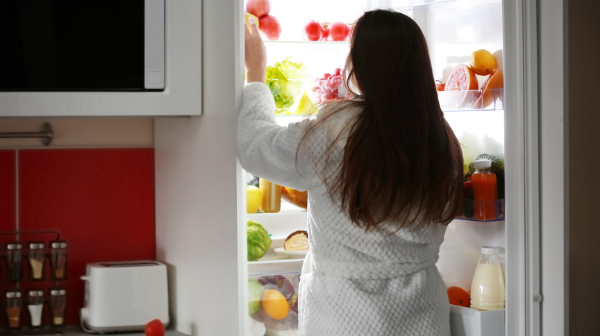 Losing weight is never an easy process. Whether your kryptonite is salty snacks, fast food, desserts, or always snoozing your alarm instead of going to the gym in the morning, weight loss can often seem like an impossible goal.

According to research just released by the DNA Company, more than 5% of people gain weight through hidden calories. They have the dysregulated version of a gene that controls how satisfied they feel after eating. This leads to difficulty losing weight because of the unhealthy snacks they consume to satisfy their cravings.

How To Find The Hidden Calories

Maybe you’re doing all the right things in terms of eating two or three nutritious meals a day and exercising every morning, but you’re still struggling to lose weight–or you’re confused that the scale continues to rise even with all the effort you’re making.

It’s possible that you’re indulging in hidden calories without being fully conscious of this habit. You might be grabbing a handful of chips here, a cupcake there, and a half-bag of pretzels a few hours later. It doesn’t seem like these little snacks are doing any harm, but they actually add up.

You might even be meticulously keeping track of everything you eat for breakfast, lunch, and dinner along with your exercise routine each day. But you’re forgetting to take into account the snacks you tend to sprinkle throughout your day.

The first step to uncovering your weight loss problem is to realize you have an issue with hidden calories. Next, you can attempt to trace it to your genetics so you can understand the underlying cause of the issue. Your genetics test will give you personalized ways to deal with your grazing problem.

The Role Of Genetics In Your Snacking Habits

What’s the main difference between a person who is satisfied with their meals for the day and someone who constantly grazes throughout the day? It probably comes down to their genes. The gene that’s primarily responsible for your snacking habits is called the MC4R gene.

The main role of the MC4R gene is to signal to your brain that your body is hungry. When you have the version of this gene that regulates your hunger properly, you eat when you’re hungry. It’s as simple as that. Having a dysregulated version of this gene, on the other hand, can cause problems with your eating habits.

When you have the irregular version of the MC4R gene, your mind doesn’t know when to send hunger cues. Even after you finish a big meal, you might feel like your appetite is not satisfied. This can lead you to eat small snacks throughout the day because you crave a certain type of food to make you feel satisfied.

These behaviors can be exacerbated by the emotional susceptibility caused by other genes. One gene in particular, known as 5HTTLPR, determines how high your serotonin levels are. With low serotonin levels, you’re more likely to rely on comfort food when you feel stressed or moody.

If you have low serotonin levels from your 5HTTLPR gene combined with the suboptimal version of the MC4R gene, you’re at an even higher risk of developing dangerous snacking habits. Not only can these habits lead to weight gain, but they can also cause cardiovascular health concerns, particularly for those who gravitate toward

When we started analyzing Ingrid’s genes, we found that she had a suboptimal MC4R gene. It turned out that she was doing everything right in her core meals but ignoring the negative impact of the snacks she was choosing.

How To Lose That Extra Weight

When it feels like you’re doing everything you possibly can to lose weight and it’s just not happening, you can start to get frustrated. That’s when you know it’s time to look into your genes. Once you have a fuller picture of your genetics, there are some steps you can take to lose weight efficiently:

Are you wondering whether you’re genetically predisposed to gain weight through unhealthy behaviours leading to hidden calories ? The best way to find out is by decoding your genes to discover whether you have the suboptimal version of the MC4R gene as well as 37 other custom reports surrounding sleep, diet, nutrition, hormones, fitness, cardiovascular health, immunity, and behavior.

You are a unique individual, and you deserve health strategies that reflect your unique genome so you can use the right approach for you to successfully lose weight and keep it off.

Book a 15 minute assessment call with me so we can discuss what it is that you need to get on the right track to successful weight loss and optimal health.